Originally founded as a mothproofing company in 1929 by Marion E. Wade, a former minor league baseball player, ServiceMaster had its beginnings in Chicago where Wade worked out of his home. Wade had a strong personal faith and a desire to honor God in all he did.

Translating this into the marketplace, Mr. Wade and his successors Ken Hansen and Ken Wessner shaped what became our company objectives:

ServiceMaster expanded to carpet cleaning in 1952, establishing one of America’s first franchise businesses. Today, ServiceMaster Clean provides carpet, window, furniture, and drapery cleaning; janitorial services; and disaster restoration services to over 700,000 customers through over 3,000 franchises in the United States, Canada and 14 other countries throughout the world. ServiceMaster has since built on the original franchise business, expanding from our consumer business to form a network of quality service companies.

ServiceMaster Commercial Cleaning began in Danville, VA in 1996.  Additional locations were established in Christiansburg in 2004 and Roanoke in 2006.  Currently, janitorial service is being provided to over 175 facilities with a staff of over 125 employees.  Great pride is taken in customer retention by providing prompt quality service.  Our very first customer is still a loyal customer after 18 years.

Gale Thompson is an alumnus of Carson Newman College, where he was a distance runner on the cross country and track teams.  After graduating in 1978 with a degree in Business Management, he began what would become a 14-year career in the insurance industry.  He left that industry behind in 1996 to start a ServiceMaster franchise in Danville, VA.  His son Adam joined him in the business after graduating from Radford in 2005 and currently serves as Director of Operations.

Gale and his wife of 39 years, Paige, are active members of Central Presbyterian Church.  In addition to their son Adam, they have a daughter (Bethany) and two grandchildren (Harper and Cole).  In his spare time, Gale enjoys hobby farming on his grandparents’ farm in Abington, where he now resides. 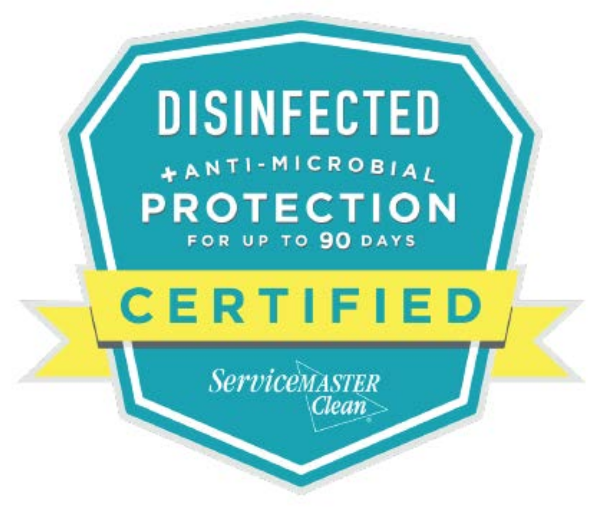 “ServiceMaster Commercial Cleaning does a good job, especially when it comes to keeping the floors waxed and polished. With an institution like us, my emphasis is always on the cleanliness of the property, and that starts with the floors because if you walk into a building and you see well-kept floors, it sets the impression for the entire building. They've done a good job of finding the key person who can keep the floors clean, that is the first step of making everything else look good. Also, we are able to address any problems, concerns, or issues that we have on a regular weekly basis in meetings with the supervisor, which is very helpful.”

“ServiceMaster Commercial Cleaning does an excellent job. Whenever there was an emergency cleaning situation, I could call and they would be up here within an hour to clean up the mess. They were always available when I needed them, above and beyond just the regular cleaning that they did. They are very friendly and very responsive, and they do a great job keeping track of the people that they have in here. They address anything that might need to be done. Other cleaning services that I've had were very sloppy and didn't fill the paper towels or didn't put the soap in the dispensers. You'd have to call them, and it just would never get done. I haven’t had that problem with ServiceMaster.”

“ServiceMaster Commercial Cleaning is a cleaning service that I've been very satisfied with. The managers and the supervisors are amenable to anything that I need. If ever there is extra cleaning that I need done or something that's happened during the day or a problem that I have with the way something's been cleaned, they're very responsive. One phone call or one email usually handles our problem. I think that they train their employees better and they are more responsive than other cleaning services I’ve worked with.”

“I like the fact that ServiceMaster gives me the option of not having to use their paper products. Also, they are very good about keeping track of the inventory of those items, and giving me a heads-up on when I need to order more. That's one less thing I have to do off my plate. Also, Janet is fantastic with communication, and always is quick to correct any problems.”